During the 1982 World Skeet Championships held in Savannah, Georgia, I took advantage of Bud Decot’s presence-or at least tried to. With 33 years in the sport glass business, mainly providing glasses for trap and skeet shooters, Decot has a tremendous amount of knowledge – knowledge that can help shooters in a number of ways. He’s a fixture at every World Skeet Shoot, but he’s so busy all week long that it’s almost difficult to get him by himself for an interview. Clients who want to buy shooting glasses keep interrupting! Consequently, only part of the following interview was conducted in Savannah. The rest took place on the phone recently. The December ’81/ January ’82 issue of the SSR carried my story “Bud Decot on Shooting Glasses.” At the end of that article we promised a follow-up on Bud’s ideas concerning fitting the gun stock optically. Following is the interview with Bud that centers around the subject.

Nick: Bud, exactly what do you mean with the phrase “fitting the gun stock optically”?

Nick: What you’re saying, Bud, is that all shooters who turn their head ‘into’ the gun stock are going to be seeing out of their eyes on an angle. What difference does this make?

Bud: PLenty. Let’s talk about the function of the eyes. They must work together for perfect results. If we turn our head into the gun stock to force our eyes over the barrel and sight, we create an imperfect perception. In other words, we think we see perfect, but the objects are displaced, and judgement of depth perception is off. Many shooters turn their entire body on an angle so they can mount their guns comfortably and see down the rib. Getting back to the eye function, when we turn our heads and look out of our eyes on an angle we can split our vision and see double, which means both eyes are functioning individually.

After more than three decades of association with clay target shooters, Bud Decot is convinced that sportsmen can improve their consistency-and be a winner more often-if they put a little more time into fitting their gun stocks “optically.”

Readers can test this by looking at a small star some night. Stare at it for a moment, then slowly turn your head, at the same time keeping focus on the star. As soon as they turn their head too much they’ll see the star ‘double,’ which means that both eyes are seeing the star individually, not as a team. If readers will turn their head even more they’ll find the star gets dimmer, and may even disappear entirely. What does this all mean? It’s obvious! To see the best we possibly can, we should be looking straight ahead, and our heads shouldn’t be tilted either. In the back of the eye we have the retina, the screen of the eye. As most readers know, light comes into the eye, strikes the retina, and is transmitted into brain waves. There’s only one small spot on that retina where we focus perfectly. This is why it is so important to be facing straight ahead for most of life’s activities, not only shooting.

Nick: Most interesting, Bud. Now, what does the shooter need to know about obtaining a perfect optical fit with his gun stock?

Bud: Each skeet shooter should be aware of his personal eye measurements before he buys a gun. Number one, he or she should know their pupillary distance (P.D.). This is the distance, center to center, between the pupils. Next the shooter should check his cheekbone measurement- the outside measurement of the skull, from jawbone hinge to jawbone hinge – right where he puts the stock on his cheek. The difference between these two measurements could tell him how much ‘off set’ he needs on his stock, or if a thin stock would suit him better. I’m convinced that the average gun stocks on the market today are too thick for the average sportsman. Obviously, the records prove differently for the chosen number of skeet and trap shooters who have honored our great American shotgun sports with fabulous scores and world records. There are a few custom stock makers who have the message of optics in their workshop. Over the years I’ve traveled and dispensed our custom sport glasses, I’ve found many shooters get discouraged about their shooting ability. Time after time I hear stories about victories, then defeats. A lot of shooters run hot and cold. When a shooter can register 100 straight in the morning, then post a 92 several hours later, there’s got to be a reason. I believe if the sportsman put a little more time into his stock fit he would register more regular scores and find himself in the winner’s circle more often.

Nick: How do you advise skeeters to check their present gun fit – optically?

Bud: One of the simplest and best ways is to stand in front of someone who will observe your test. Close your eyes, then mount the gun firm as if you were on a skeet station. Naturally, checking and double checking to make certain the gun in unloaded is a prerequisite. Now open the eyes to see if they’re straight over the gun’s sights. The observer can help, and perhaps offer a non-biased opinion. You can’t believe how many shooters I see who have ill-fitted stocks, and I’ve been the ‘assistant’ on hundreds of the above suggested tests. It’s hard for me to understand that so much money is spent on guns, without consideration as to how they fir ‘optically.’

Nick: Bud, we haven’t talked about comb height. What’s your thinking in this area?

Bud: There’s so much to take into consideration on this, Nick. Briefly, I believe the sighting eye should be ‘over’ the sight, not ‘behind’ the sight. There are still shooters superimposing the middle and end sights. Stacking the two beads in a figure eight, or slightly wider, gives the shooting eye more vision.

Nick: You feel, then, if a shooter stood straight and could bring the gun up to his eye without turning into the stock, he could shoot better scores?

Bud: That’s correct. The champions are doing just that. The also-rans are mounting their guns, then taking their eyes over the gun. This is putting the cart before the horse. Incidentally, in my career I’ve had the opportunity to check more trap shooters than skeet shooters, and I’ve found skeet guns seem to fit better than trap guns.

Nick: Bud, do you know any stock makers who take optical measurements into consideration when building the custom stock?

Bud: I haven’t researched this, Nick, but there probably are. Reinhart Fajen was in a booth next to me at the 82′ Grand American in Vandalia. They had an adjustable ‘try stock’ that would lend itself very well to trying my theories on fitting the gun to one’s eye measurements. I’d like to talk more about individual faces and stock fit. It’s the ‘stocky face’ versus the ‘inset’ of he eyes that may force a shooter to turn into the stock. Thick stocks can make this impossible. Shooters with plenty of space between the cheekbones but a small pupillary distance need a thin, not a thick stock. Most shooters are built this way, fairly wide in the cheekbones, fairly small pupillary distances. As most everybody is well aware, certain nationalities tend to have similar face structures. Many people of pure German strain, or the Scandinavian or the black man, have ‘wider’ eyes, more distance between the pupils. These people do not have as much difference in the measurement between cheek bones when compared to the P.D. measurement. These people can pick up a ‘thick’ stock and look right down the barrel – without turning the head ‘into’ the stock. If records were checked I’d put my money on the line – there are more ‘wide eyed’ champions shooting fabulous scores than there are ‘narrow eyed’ champs.

Nick: Bud, let’s expand a bit more on the need to put eyes perpendicular to the gun’s sighting plane. You mentioned this earlier. Explain why this is essential. Is it the same theory as turning your head, that a nonperpendicular head will cause the light to miss the one center spot on the retina, the spot where we can see most acutely?

Bud: If you look straight ahead at an object, then tilt your head, you’re going to stretch certain eye muscles, relax others. In doing this, one loses the perfect perception he had when he was looking straight ahead and with his head not tilted. I tell shooters who don’t look perpendicularly over their gubs, “Try driving home form a skeet shoot some day, tilting your head the whole way, like you sight over your gun. You’ll end up in a hospital in an hour or two.” If people sit sideways in the front seat of the car and turn to the side as they look out the windshield it’s a similar effect. You can still see everything, but the perception is not there.

Nick: Now how about expounding on the hot and cold shooter, which you also mentioned previously, the guy or gal who breaks a 100 in the morning, but a 92 in the afternoon. Give an example of what happens physically to this shooter during the course of his competition day.

Bud: It goes back to the average sportsman not having the perfectly fitted gun. However, he can make adjustments to the stock’s error, and shoot pretty good scores, but he can’t do it consistently. Shooters who run hot and cold, I can see what they’re doing wrong. With an imperfectly fitted gun a good shooter can run some good scores, but he can’t always stay in the winner’s circle. Every time he puts an ill fitted gun up he may do it slightly different than he did before. In shooting the 100 straight he may have tucked the gub in close to his cheek, as an example, putting his eyes properly over the gun, without turning it. In the afternoon maybe he didn’t cheek the gun quite as close, due to recoil or whatever other reason, so his score tumbled. The weather didn’t change, the targets didn’t change, he simply wasn’t holding the gun to adjust for stock error as he was in the morning.

*The moral of this article is to find stock that can be fitted optically. Since this article was written back in 1983, there has been great improvement in adjustable stocks. I’m convinced that gun stocks should be custom fitted to the individual, just as a prescription pair of glasses must fit an individual pair of eyes.

Previous Post: « Is Your Front Sight A Blur? Let Decot Clear It Up!
Next Post: Importance Of Vision in Wingshooting » 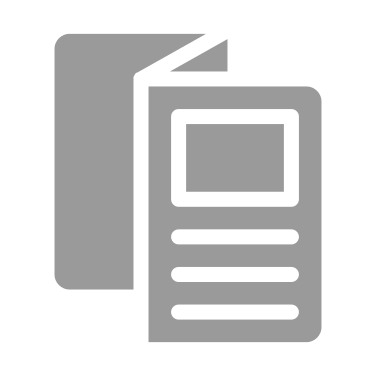